Just because it’s a Sunday night, I’m not in the mood to grade any more papers, and there’s nothing good on TV. A while back, someone issued one of those Facebook challenges, daring friends to come up with a list of 12 albums/CDs (not singles) that have stayed with you for a long time. There really weren’t any rules – I suppose you could have more than one CD by the same artist, and you could always cop out with a “greatest hits.”

As the reigning “Name That Tune” champion at work, I find such deep philosophical discussions irresistible, so I thought I’d try it out on my blog. Yes, it’s just an excuse for a quick easy post. This is not my list of greatest albums of all time — that might look somewhat different, and I know some things are sorely missing — like a whole bunch of great 80s pop/rock/alternative like U2‘s “Joshua Tree” and lot of singles from band’s like The Ramones and REM. I only got to pick 12, so I went back further to see what stood a longer test of time. I’m shocked I left The Ramones off since to this day  I can’t sit still when I hear them, but there never was a Ramones album that I played over and over and over.

In no particular order: 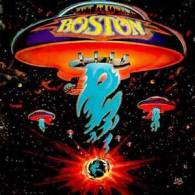 Boston- Boston: The debut album that got me off a steady diet of folk and California rock. Bought it as vinyl in 1975, and played it more than enough to replace it with the first CD I ever bought. Still love it. RIP Brad Delp.

Bruce Springsteen – Darkness on the Edge of Town: The ultimate album when I’m in a shitty mood, and a great rocker when I’m not. Turn it up!

Bruce Springsteen – Born to Run: “So you’re scared and you’re thinking that maybe we ain’t that young anymore. Show a little faith there’s magic in the night.” (Thunder Road)

Meat Loaf – Bat Out of Hell: I still like it even though it came out while I was in high school.

Billy Joel – Turnstiles: This was tough. I almost went with his “Glass Houses” instead. I’m not sure either has always stayed with me, but I find myself coming back to them after long breaks.

The Raspberries – Greatest Hits: I know, a “hits” disc is kind of cheating, but this power pop band has been a favorite for years, and the first album of theirs I bought was greatest hits, so I’m sticking to it. Crank out “I Wanna Be With You.”

The Clash – London Calling: A more recent discovery for me compared to many of their longtime fans, but it’s a great album.

Blondie – Parallel Lines: A post-punk classic, just as they started going pop. I can do without the disco “Heart of Glass.”

Simon & Garfunkel – Bridge Over Troubled Water: Skip “El Candor Pasa,” (I’d rather be a bucket than a pail) but otherwise a great album. I heard a lot of S&G as a kid and early teen years.

Elton John – Goodbye Yellow Brick Road: Actually a tossup between this and “Captain Fantastic and the Brown Dirt Cowboy.”  Both came out while I was in middle school, and still sound good on the rare occasion I play them.

Eagles – Greatest Hits: Hits yes, but it’s Eagles. It was this or Don Henley’s “Actual Miles,” but that’s a greatest hits too.

I wonder how many I’ll change or realize I missed when I see them on someone else’s list!